More than four million elderly people in need of care live in the German-speaking regions. In most cases, their sons and daughters assume responsibility and decide what kind of care their parents should receive.

Sigrid Tschöpe-Scheffler and her mother have decided on support by around-the-clock caregivers from Eastern Europe, an approach that is very controversial in Germany. This has allowed the mother to live at home for a long time, even when the “Black Monkey” – which is what she called the progressive dementia – later developed.

The smart, open-minded and humorous lady seized the opportunity of living with her caregivers for a personal and cultural exchange. This allowed the creation of strange and wonderful, but also sad, stories that show how even a care situation can be lively and enriching. 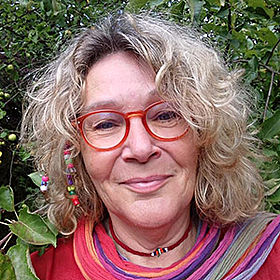 Dr. Sigrid Tschöpe-Schefflerwas a professor at the Cologne University of Applied Sciences for Family Studies and Director of the Institute for Childhood, Youth and Family until 2015. She now works freelance as a family and educational consultant, author and speaker in Germany and abroad.