Two world-renowned statesmen, Helmut Schmidt and Anwar as-Sadat, meet in December 1977. The Egyptian President had made a significant gesture of peace: his trip to Israel and his speech in front of the Israeli parliament. Two years later, the peace treaty between Israel and Egypt came into force and has held to this day. The German chancellors came from the »German Autumn«, a time of terror by the RAF and the murder of Hanns-Martin Schleyer. In the conversation with the Egyptian statesman, the rational pragmatist Helmut Schmidt explores the importance of the world religions for peace. Karl-Josef Kuschel recorded their night-time conversation on the Nile and reveals that it was a magic moment of religious dialogue. Its message is still valid today. 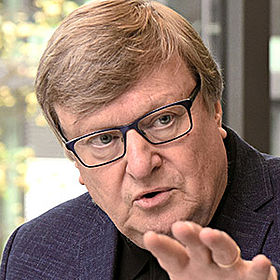 Karl-Josef Kuschel, born in 1948, is a professor of Catholic Theology at the University of Tübingen, Germany, where he teaches theology of culture and interreligious dialogue. Through his numerous books he has become familiar to a wide public. His works have also been translated into several languages.