Islam seems confident of expanding. The opposite is the case. Religious scholar Michael Blume explains this scenario as a symptom of a deep worldwide crisis in Islam.
Blume refers to massive secularization processes in the Islamic world. He explains what led the previously advanced culture to plunge into crises and wars. The lasting educational crisis in Islamic civilization commenced in the 15th century. As a matter of fact, many Arabic-Islamic states only survive through the sale of oil which stifles democratic developments. In the absence of a coherent explanation for the decline, numerous Muslims adopt conspiracy myths from the west and so encourage further acts of terrorist violence.
This book offers a chance of better understanding the crisis in Islam and the conflict between cultures and to arrive at new solutions together. 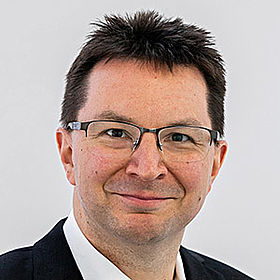 Dr. Michael Blume is a religious scholar and political scientist. The protestant Christian is married to a Muslim and Head of the »Non-Christian Religions, Values, Minorities and Northern Iraq Projects« Unit in the Baden-Württemberg State Department. In 2015/16 he assumed responsibility for the state's special quota project for vulnerable women and children from Northern Iraq. His doctoral thesis was on religion and neuro-theology. In 2009 leading scientific bloggers awarded his blog the Scilogs Prize; he was the first German to be appointed to the international research network for Evolutionary Religious Studies.