Elie Wiesel, born ninety years ago, is one of the most defining figures of the 20th century. Born as the son of a devout Jewish grocer in the Carpathians (Hungary at that time), he was deported to Auschwitz at the age of 16 – and survived the death camp. His life’s work was to snatch the silenced voices of the victims from oblivion and confront inhumanity where he encounters it today. For the theologian and religious educator Reinhold Boschki, the encounter with Elie Wiesel became a formative experience: The young German became a student of the Jewish scholar in Boston and met him time and again: in Boston, Berlin, Stuttgart, Karlsruhe, Davos, Oslo and New York. In his book, Boschki recalls the life and work of Elie Wiesel from the perspective of a student and companion. 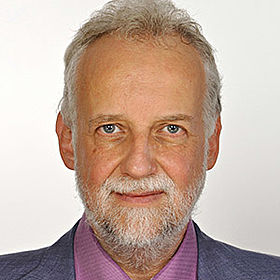 Following studies in Tübingen, Münster and Boston, Reinhold Boschki, PhD, has headed the Department of Religious Education, Kerygmatics and Adult Education at the Catholic Theological Faculty of the University of Tübingen since 2015. His main areas of expertise are: basic issues of religious education, Christian-Jewish relations, remembrance of Auschwitz and international Elie Wiesel research. The married father of three daughters is head of the “Forschungsstelle Elie Wiesel” (Elie Wiesel Research Centre) in cooperation with the University for Jewish Studies, Heidelberg.