Arnold Stadler’s texts, especially his novels, have an autobiographical background. Perhaps this is why they touch on the questions that concern every human being – above all, those about personal identity and its roots. What is it that defines, shapes and moulds us, releasing us into life yet always remaining near us no matter where we go, and even if this is in the form of phantom pain? God is also present in his absence for Stadler. He has never let go of him, the man who wanted to become a priest. »God is more than what we can say about him«, Stadler knows, but this isn’t an excuse for neglecting to get an idea of him. Love is also such a big word. For Stadler, it isn’t a noun but a verb – an action word. In his own texts and in the conversation with Michael Albus, Arnold Stadler lays a trail to questions that concern all of us: What is the human being? What is home? What is language and how can it build bridges? Can we experience God? How is a person’s life successful? What is happiness? – We’ll know afterwards. But we can only live right now. That’s what this book is about. 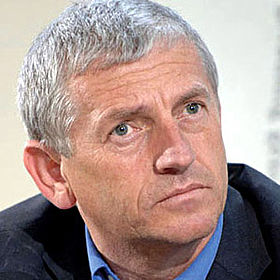 Honorary doctor Arnold Stadler is a writer, essayist and translator. He has been awarded the Georg Büchner Prize, which is the most important prize for literature in the German-speaking world, and many other distinctions.