No Church can still afford to invest its strength in the separation from other Churches. Instead, the Word of God must be mutually proclaimed in a society that has become mostly foreign to God. Cardinal Koch therefore understands the view of the main questions that are controversially discussed between the separated Churches not as a full stop but as a colon: What has already been achieved between the Churches is an incentive for greater unity and the mutual confession to Christ. This is about learning from the errors of the past, as well as learning from each other, trusting each other and helping each other advance. Renewal is not just a Protestant concern, and unity is not just a Catholic issue. Both Churches can and should rediscover that there is more uniting them than dividing them and take this seriously. 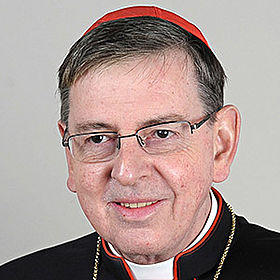 Kurt Cardinal Koch has been the President of the Pontifical Council for Promoting Christian Unity since 2010. This makes him the highest “Minister” of the Catholic Church for all questions of ecumenism between the Christian denominations. In addition, he is responsible for the Catholic Church’s relations with Judaism. He was previously the Bishop of Basel and President of the Swiss Bishop’s Conference. Before that, he was a Professor of Theology in Lucerne, Switzerland.