For the most part, the Catholic Church doesn’t present itself as an image of flourishing life in Europe. Especially with the younger generation, it has great difficulty in finding a connection. The old church and young people – instead of a difficult relationship, this has often long become a total lack of rela-tionship. Some Church leaders seem to have come to terms with this. On the other hand, Jacqueline Straub doesn’t want to accept this. As a committed young Catholic woman, she demands that her Church not give up on her. She would like to be Christian in a living Church. This is why she wants the Church to change radically. Only then can the Church appeal to young people, and only then can it pass the message about Jesus of Nazareth on to the coming generations. Jacqueline Straub fights to make sure that the Church not only has a future in Asia and Africa but also in Europe. But for the Church to experience this future, it must change – right now. 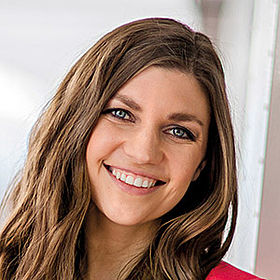 Jacqueline Straub works as a freelance journalist and TV editor in the Zurich area. She previously completed her studies of Catholic Theology with a Master’s degree. She is also a boxer and also fights her way through things in the figurative sense. She is also self-confident in publicly standing by her wish to be ordained as a Catholic priest despite being a married woman. German talk show host Markus Lanz invited her to his programme and broadcast a 30-minute documentary about her.