»If Sister Lea Ackermann hadn’t ended up with the Missionary Sisters of Our Lady of Africa, she could have become a revolutionary or head of state. Her combination of a powerful sense of justice, outrage, and ability to take action is explosive,« proclaimed none other than the women’s magazine EMMA.
Lea Ackermann left her career in banking and went to Africa as an ordained nun. Encounters with the misery of forced prostitution changed her life. Her relief organization for women in crisis, SOLWODI (Solidarity with Women in Distress), has long drawn international acclaim.
Michael Albus challenged her to share on a very personal level: how she became who she is; where she draws the strength to change things; what enrages her; why she can nonetheless remain cheerful; what she believes in and what she hopes for. The honest words of a courageous woman. 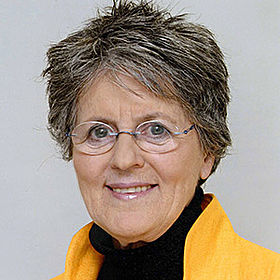 Dr. Lea Ackermann, ordained nun and pedagogue, is internationally known for her organization for women in crisis. Widely honored and repeatedly awarded, she lives in Boppard/Rhine. On February 2nd she was able to celebrate her 80th birthday.