In May 2017, mountain climber Andy Holzer – who has been blind since birth – caused a sensation: He reached the summit of Mount Everest, which meant fulfilling his greatest dream. It’s a tremendous achievement for a man who can’t even walk out the door without his wife’s help. Andy Holzer isn’t a crazy go-getter but a person who uses his strengths despite his blindness, purposefully applying his team spirit and leadership qualities. In his current book, he describes his spectacular expeditions to the Roof of the World. In 2014 and 2015, he had to turn around because of a landslide and an earthquake catastrophe. During his third attempt in 2017, he succeeded in conquering the peak. A sensation! 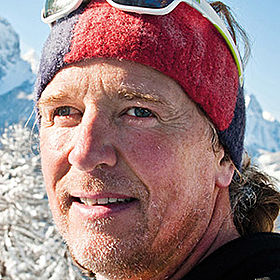 Andy Holzer, born 1966 in East Tyrol, is a professional mountaineer and blind since birth. He has scaled the Seven Summits, which are the highest peaks of all continents, and goes on climbing tours with the highest degrees of difficulty. As a lecturer, he travels throughout the entire world and is also a sought-after interview partner in the media. His Balancing Act bestseller was also published by Patmos.