When Nicole Knörr was 13 years old she started eating less and less. With the progression of her anorexia, she only consumed 300ml of non-fat broth with which you cannot survive. When her body temperature fell to under 34° Celsius and she felt nothing more than inner bone-chilling coldness, she is rushed to hospital. Just one day later would probably have meant too late. But the now 20 year- old is a fighter. She overcomes her disease and several throwbacks and now wants to become a psychiatrist to help other people affected.
In stories that get under your skin, she conveys what is going on in the head of an anorexic and why it is so hard to »just eat again«.
The psychologist Sylke Aust complements the texts with profound expert tips for people affected and their relatives. 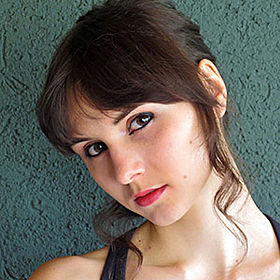 Nicole Knörr, 20 years old, lives in Leibstadt in Switzerland. It is her desire to study medicine and become a psychiatrist. Lean Years is her first publication.