Nothing tastes as good as what we eat at Grandma’s house as children! Classics from the past—such as French toast, potato pancakes, lentil soup or potato bread—still make our mouths water years later. But today many people have made a conscious decision not to eat animal products. Helene Holunder has been cooking vegan for her family for more than ten years, and has created variations of Grandma’s treasured recipes that forego animal ingredients but still taste just as fabulous as ever. Let yourself be magically transported back to childhood by pinwheel pastries, birthday cakes, baked beans (without bacon), butterkuchen and much more. 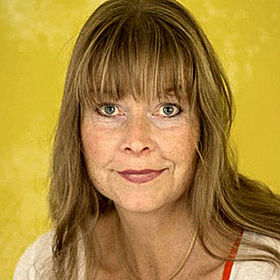 For more than 10 years, Helene Holunder cooks vegan. She studied Home Economics and Dietetics and through recipies and stories from her everyday family life she wants to show that a healthy diet with vegan and unprocessed ingredients is the quality of life. Together with her husband and two teenage daughters, Helen lives in a village between Hamburg and Bremen. Whenever they have the possibility, they trade the northern German weather against the »endless summer« in California. In 2013 the whole family lived in San Diego for six months.