After passing her university-entrance exam and during her training as a boat builder, the 20-year-old Zoe joined the German Jugend rettet (Youth Rescues) organisation to save the lives of refugees by working on a ship in the Mediterranean. Her mission on the Iuventa became an existential borderline experience for which Zoe was not prepared: Confronted with panic, disease and the death of refugees, she primarily had to struggle with her own anger and helplessness in view of this tragedy in the Mediterranean. The situation became even worse when she and the other crew members were investigated for aiding and abetting illegal entry.

This is a moving and highly topical story of a young woman fighting for justice and humanity – even if she endangers herself in doing so. 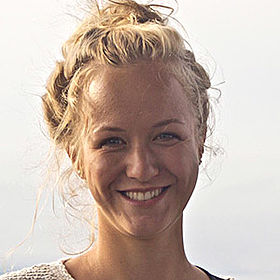 Zoe Katharina,born in 1996 in southern Germany, is a boat builder and voluntary rescue helper in the Mediterranean. In 2017, she saved the lives of hundreds of refugees as a motorboat operator and Iuventa crew member.